The Capturing Impermanence crew has been in New Zealand for about one and a half amazing months. It is truly the land of beauty, with spectacular landscapes at every turn. The first beach we visited was Karekare in the northwest. 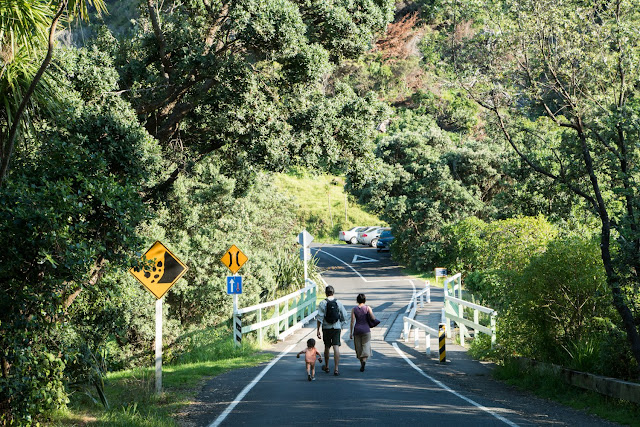 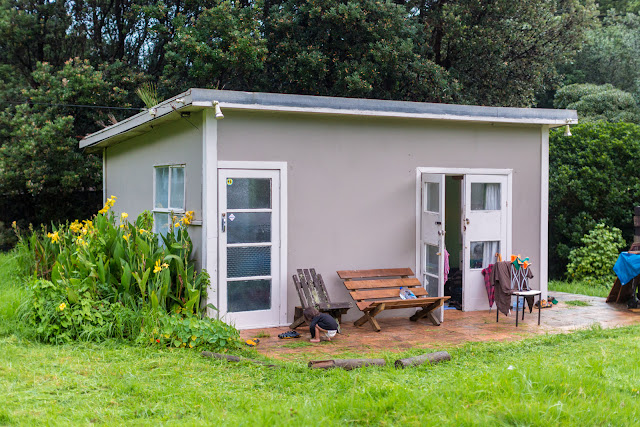 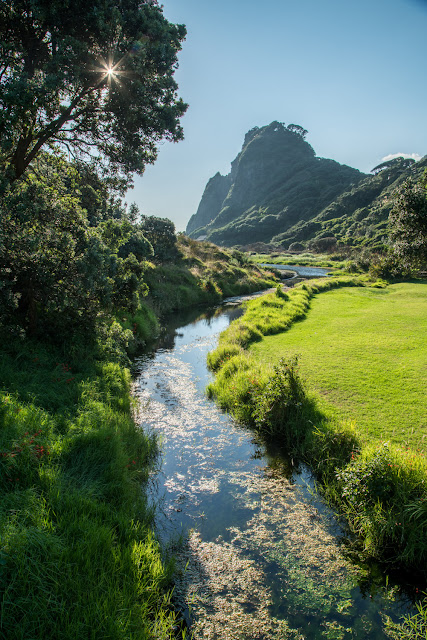 On the path to the beach. 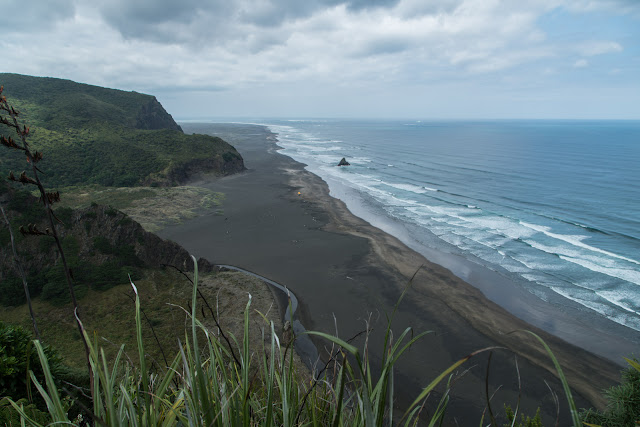 A big, beautiful canvas to work with to create my first beach painting in New Zealand, with the help of Damien and his daughter Jessie.

I chose to do a version of 'Glyphs', a theme I have been exploring for the past year in various forms. Previosly the glyphs have been laid out in a linear form on a type of grid. I've been wanting to liberate them from a rigid layout and allow them to have more freeform spaciousness. This location being so large was a great place to try this out. 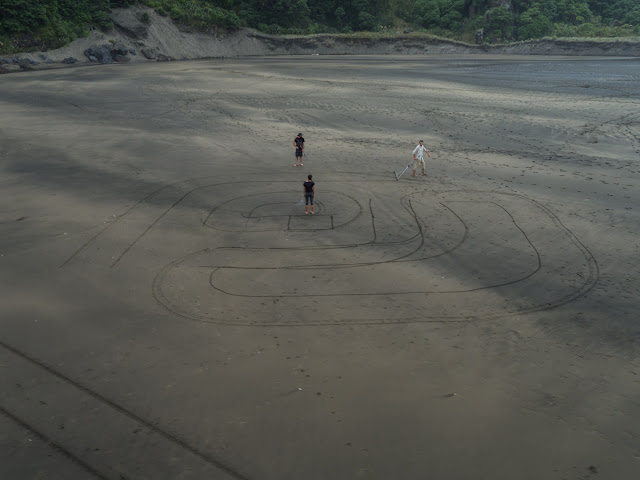 The first phase of the artwork in which I make trace marks. 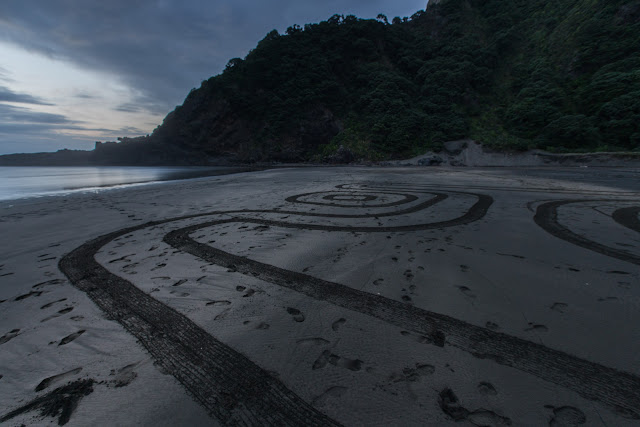 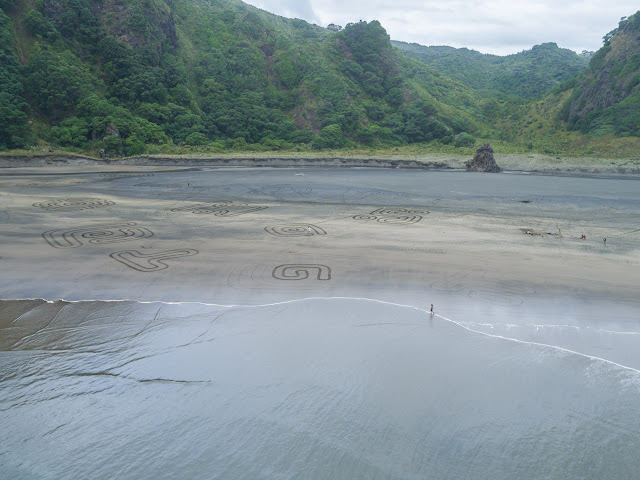 In a field of glyphs. 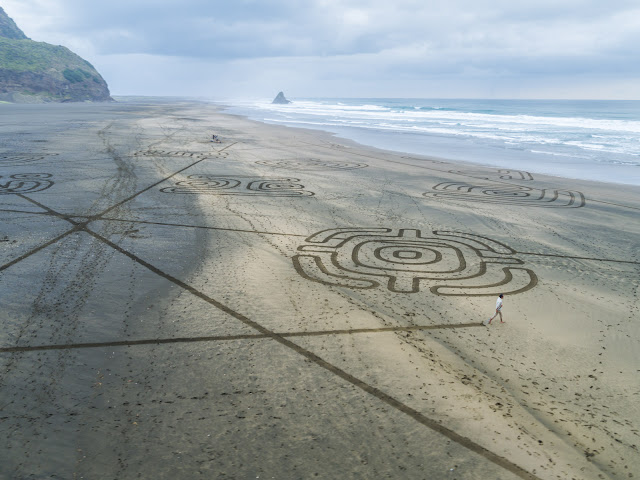 Once the glyphs were complete I added 'crack' lines to give the design more emphasis. 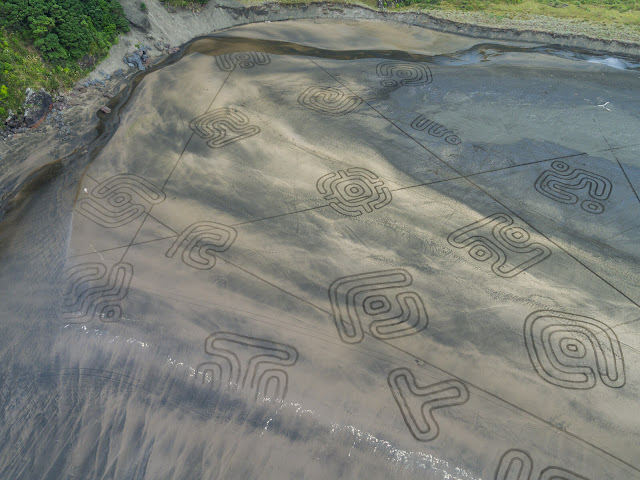 The completed design. This is the largest I attempted to make each glyph- they are huge, though swallowed by the enormous beach. For scale, I am the white dot at the center left of the photo. 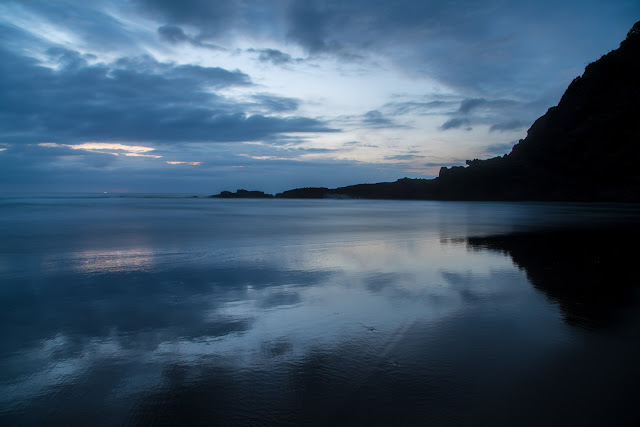 As the sun sets, the tide returns. 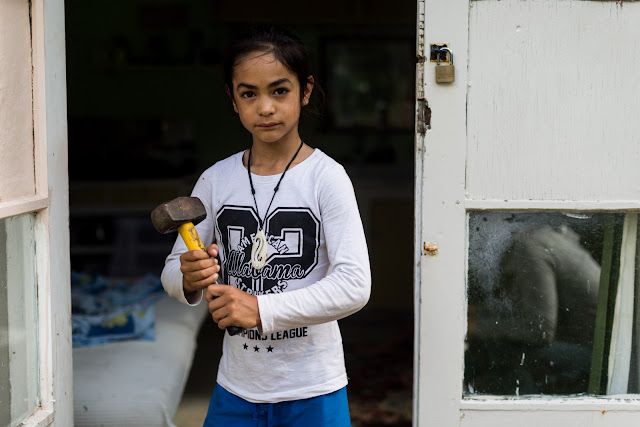 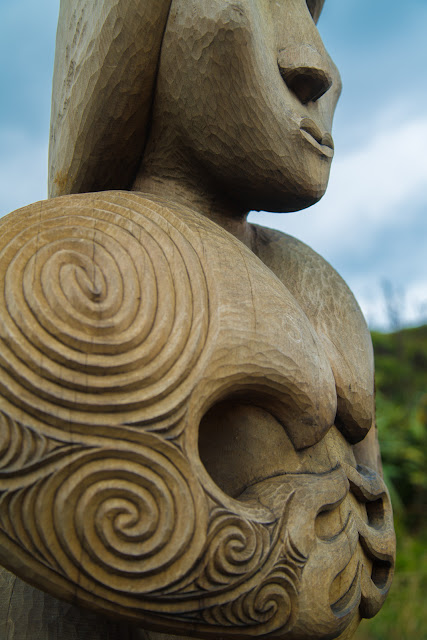 A statue of Hinerangi, a woman from legend whose chieftain husband was swept from the rocks while fishing. She awaited his return but ultimately died of a broken heart.